01.06.2018
Kuuntele - Listen
Using robots in the guidance of preschool children was tested at the Forssa unit of the Häme University of Applied Science in December 2017. The trial was part of the Regional Bright Green Innovation project. The project was planned and implemented by a group of nursing students in Forssa and electrical engineering and automation technology students in Valkeakoski. The focus of interest of the multidisciplinary team was a small human-like robot, NAO (SortBanks n.d.a), and the guidance session supported by a robot (see figure 1). Human-like robots are also called humanoid robots. NAO-robots can be programmed for various actions, such as recognising shapes, objects, or speech. NAO robots can be personalised and they can be taught new skills. More information on the characteristics of NAO robots is available on the SoftBank Robotics website.In the NAO robot trial nursing students tested if it would be possible to improve the quality of a guidance session when activating preschool-aged children with the help of robots. The students also wanted to find out what kinds of reactions, emotions, and questions having a robot as a collaborative partner of a supervisor raises among the children and personnel of a preschool. Electronics and automation technology students worked together with nursing students on a programme for the experiment and programmed the robot and provided user support during the teaching event. Thirteen preschool children took part in the experiment. In an activating and participatory session, the NAO robot shared information on healthy nutrition and exercise. Preschool children were able to test the NAO robot’s opinions on carrots or crisps. The children also enjoyed a game of Simon Says that was directed by the robot.

Both the children and preschool staff found that taking part in the test was a positive experience. The students concluded that the NAO robot worked well in supporting and enriching the guidance process. Meaningful use of a robot in guidance requires thorough planning and especially being aware of the educational goals and the operational context while programming the robot. The NAO robot as a teaching partner sparked positive reactions and emotions among preschool children and staff as well as questions on possible new uses.

Collaboration among students of the social and health-care professions and technology is important for the future development of professional skills and knowledge. A result of robotisation and digitalisation, is that the fields of well-being will be working more closely together with engineering in the future. (McKinsey & Company 2014.) Collaboration and interaction skills, problem-solving skills, and an attitude toward work promoting development and experimentation are important for all students regardless of profession.

A multidisciplinary team has been set up around the NAO robot at HAMK, which will continue to map out the possibilities for utilising robots and implementing their applications.

Social robots will soon be our partners at work

Robotisation is moving ahead rapidly in the field of care. However, a robot cannot replace the work of humans; it simply serves alongside a care giver or supervisor, freeing up more resources and methods for the work. The change will not happen instantaneously. Positive experiences have been acquired by the Paro seal robot, for instance, which understands about 500 words and reacts to speech. Initial research results from Paro as a support for elderly care have been positive (Bemelmans, Gelderblom, Jonker & de Witte 2015, 950). Because of the rapid development of robotisation in social and health care Ulla-Maija Rajakangas, CEO of the Finnish Association of Private Care providers (STTK 2017) proposes the introduction of a new word “gerobotics”. Gerobotics examines how robots can be used to produce human good and to help the elderly manage independently in their everyday lives.

The research and development work of social robotics is actively followed in social and health care. Social service robot experiments are becoming part of the everyday environment and they are expected to be increasingly common already by 2025 (see e.g. VTT 2016).

Today’s students are very likely to be working together with humanoid robots and smart software. In Japan humanoid robots are already assisting employees in the caring professions and providing support for customer service in the hotel and tourism industries.

Social robots are nevertheless still largely in an experimental phase and under development. For example, efforts are being made to programme robots to recognize human emotions and to adapt flexibly to changing situations. There also continues to be resistance to robotics in many fields. Investors are nevertheless optimistic about robotisation. For instance, the consulting company ICD (2017) predicts that investments into robotics will rise to nearly 190 billion dollars by 2020. Several traditional technology companies and new start-ups are currently developing their own social robots.

Robotics has been a part of the educational, research, and development activities of the Häme University of Applied Sciences for years. – The most recent student innovations to be put forward have included a robot that can be guided with the help of virtual glasses (Luotola 2017) and a field robot that can measure moisture (HAMK n.d.). Another target of interest is new generation industrial robotics.

Together with their cooperative partners, perhaps HAMK students might innovate and develop a Hamkoid, a humanoid robot of Häme University of Applied Sciences.

This article was originally published as Kokeillen kohti Hamkoidia in Finnish in March 2018. 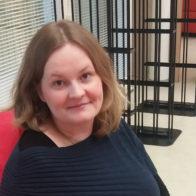 Laura Vainio works as a Project Manager in Bioeconomy Research Unit at HAMK. In her work, she combines education, research and industry. Her current interests include multidisciplinary problem-solving, experimenting, resource wisdom and circular economy. 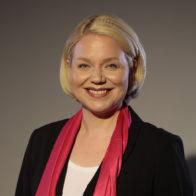 Essi Ryymin works as a R&D Manager and Principal Lecturer in Global Education Team of School of Professional Teacher Education HAMK. Her current interests include digital disruption, competence development and collaboration across industries.

IDC (2017). Worldwide Spending on Robotics Will Reach $188 Billion in 2020 Fueled by New Use Cases and Expanding Market Acceptance, According to IDC. Retrieved 23 January 2018 from https://www.idc.com/getdoc.jsp?containerId=prUS42213817

SoftBank Robotics (n.d.a). Who is NAO? Retrieved 24 January 2018 from https://www.ald.softbankrobotics.com/en/robots/nao 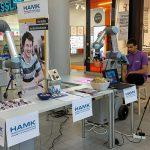 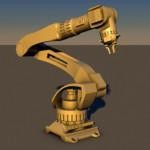 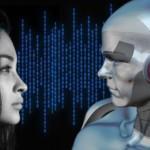 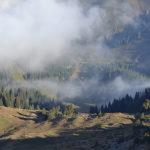