Artificial Intelligence (AI) is a fast developing area in the fields of digitalization and data analytics. It is not only replicating prepared patterns but it is also learning new solutions to existing problems. This ability is called machine learning. Artificial Intelligence is able to replicate labor activities in a wider range and speed and to even perform some tasks beyond the capabilities of humans. In some areas, it has the ability to learn faster than humans. AI can control physical objects, such as robots and intelligent machines. (Purdy & Dougherty 2016, 5).

Machine learning is not based only on coding but also to mathematical algorithms. Machine learning consists of three processes; analyzing data, learning from the analyzed data analyzing, and draw conclusions from it. (Copeland 2016). Artificial Intelligence can sense its’ surroundings by acquiring and processing data from images, sounds, and speech. One example of this is facial recognition. It can analyze and understand the information it has collected. Also, it can take actions in the physical world, such as auto-piloting features in self-driving cars. (Purdy & Dougherty 2016, 10).

Artificial Intelligence can also be utilized in services. Especially such services in which there exist a lot of data can apply AI. As an example, Suomi24, a Finnish online community, is starting to moderate discussions in their platform using Artificial Intelligence. AI will use machine learning by following the human moderators and how they solve problems. At this point, human moderators and artificial intelligence agree about 90 percent of which messages are against the rules. In those cases, that AI cannot solve the problem, the problem is transferred to human moderators. (Aller 2017).

From Machine Learning to Deep Learning

Deep learning tries simulate the function of neuron connections in human brains. The idea of deep learning is to recognize different pieces of data and connect them to create a full picture. For example, at first the AI detects the shape of the object in question as well as its color, is the object moving or not and many other qualities. Using all these qualities, AI observes and evaluates the object. Sometimes AI has to go through hundreds of thousand or even millions alternatives to be able to improve its ability to detect objects. Through this training, it can get right answers almost every time. After the training, AI can separate the object in question from the background even if the background changes. (Copeland 2016).

Deep learning can be used for example in health care. There is a possibility to detect cancer in blood or tumors in MRI scans with the help of deep learning. Other subjects to deep learning are driverless cars and movie suggestions. (Copeland 2016). If you want to learn more what kind of applications has been made through mastering deep learning, you can watch this video. The video is made by Nvidia which is technology company best known for producing graphics processing units but which has also started to investigate business opportunities from the field of artificial intelligence. One of their projects is a self-driving car. From this video, you can see the process where artificial intelligence learns through errors and after 3000 miles of driving it can drive among normal traffic.

Pauliina Hirviniemi, Eeva Isosuo, Charles Njemo and Mikko Tuomas are students for the degree of Master of Business Administration.

Mikko Mäntyneva (Ph.D.) is Principal Lecturer in the Master’s Degree Programme in Business Management and Entrepreneurship. He is also a research manager at HAMK’s Smart Services Research Unit. 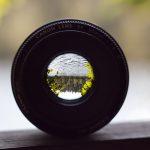 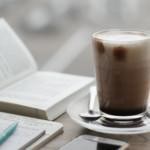 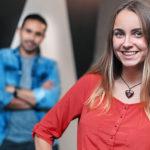 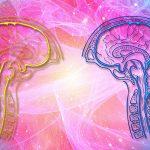