Esports is competitive gaming that uses the information technology as platform. It is usually played on computers or consoles. eSports is built around competitive gaming, where the focus is on professional gamers. Playing games turns into esports when the goal-orientated aspects comes to play, thus not all gaming is esports. (SEUL, n.d).

Usually esports is mainly connected with gaming, but the scene has a lot more to offer for students. Jeanne Weber, a strategist from Dell Technologies, describes esports as a phenomenon from which students can learn critical thinking, teamworking skills, innovativeness and self-directed learning (McKenzie, 2019). This fits in exceptionally well with the new curricula of HAMK, where flipped learning, phenomena based learning and unique study paths are included.

One of core ideas behind the new way of learning is that the students are given the opportunity to evolve from simple users of the educational services to producers, where they can be seen as peers and are taken into creating new. This so-called co-creation pedagogy allows students to operate in real-world environments, where the teachers take the role of learning facilitators. The individual knowledge is used as a part of larger collaborative knowledge. Building environments around co-creation culture also allows the platform to be more flexible towards the rapid changes in the proximity, such as esports and the peripheral phenomena around it. (Kunnari, Jussila, Tuomela, & Raitanen, 2019)

The rise of esports in Häme University of Applied Sciences (HAMK) is already visible as the staff and students have been in involved in streaming Lan events, participating in national university gaming events, hosting events that are connected to esports and multiple theses are being written to operators in esports. The actions have paved the way to the current situation, where the discussion on the wider implementation of esports to various modules has begun to rise.

Creating an esports ecosystem in Hämeenlinna

The city of Hämeenlinna launched its ecosystem work in 2019. The ecosystems were divided under five different topics. One of the topics was enabling city, where the focus areas were development of the processes, participation of youth and 5G (Hämeenlinna, 2019). HAMK is one of the actors that are embedded into the ecosystem work from the education and research aspects. During 2019 the discussions included such stakeholders as HAMK, Tavastia Vocational College and congregation of Hämeenlinna-Vanaja.

It is also good to notice, that business ecosystems are comparable to biological ecosystems as they have similarities e.g. the complexity in operations and the dependence of the performance of individual operator regarding the performance of the whole ecosystem. The complexity of the operations also requires focusing on the singular interactions as they are in key role on defining how the dynamics of the ecosystem will work (Iansiti & Levien, 2004, p. 35).

HAMK as a stakeholder in the ecosystem work

Ouden (2013, pp. 14–15) describes the ecosystem as a whole, that consists of User, Organization, Ecosystem and Society levels. The ecosystem stakeholders can opt on how and in which levels they’d prefer to create value. One level where the value proposition must be put into action is the user level, that is in the center of the ecosystem work and the recipient for the intended service. For HAMK, there are multiple users: Educational aspect touches the current and potential students of HAMK that must see added value for the new modules, whereas the spectrum and users for research might vary depending on what type of research is conducted and with whom.

Based on Ouden (2012), the second level of value is based on organizational level. On that level the organizations are obligated to create new design, concentrate on the production and innovation and creating sustainable value. Sustainability is the key for success, as the framework for development should be adjusted to meet the requirements of applied university teaching and the desirability criteria of the students, simultaneously being cost-efficient and long-term solution that will help HAMK create new distinctive study paths in a highly competitive field. For research, the situation is quite more complex: The phenomena offer various viewpoints to conduct research.

Jukka Raitanen is Community Manager in HAMK Design Factory, business designer and a gamer whose family think that his gaming career should have ended years ago.

Eveliina Toivonen (MBA) teaches marketing and sales and studies in the sport management programme of the Finnish olympic committee. Toivonen was at the peak of her video gaming career in Tekken tournaments in junior high school.

Tommi Saksa teaches programming, develops indie games and has operated as a commissioner in one of the longest running league of NHL games. 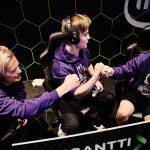 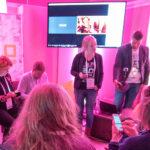 Development through Design in a Creative Ecosystem 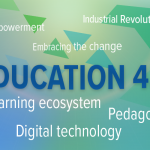 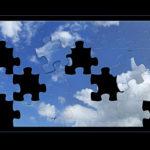