02.06.2018
Kuuntele - Listen
In discourses on design the word “smart” is coming up with increasing frequency. As a focus of government attention the concept has pull and is an inviting target for financing. The promotion of digitalisation is one of the main goals of the Finnish government’s policy programme. A goal of a key project of the government for the creation of digital business activities is to create an environment conducive to digital services and new business models. The project seeks to create an environment of regulations and other activities supporting the emergence of innovations and services. One of the measures taken in the project is to increase the utilisation and development of robotics and automation in Finland. Universities of applied sciences educate the experts of the future, so the key goals of the government will also take a foothold in studies. What might this mean in the context of teaching design at HAMK? The article deals with a few international examples, comparing them with future visions and opportunities at HAMK.

Digitalisation as such is not a self-evident synonym for smart design or smart business. Digitalisation is necessary in nearly all productive activity. Digital printing in the production of textiles or 3D printing are areas in the field of design that are constantly under development, but they alone cannot bring elements to products that communicate, for instance. New technologies like these can also be used for producing a very traditional analog product. These kinds of new technologies nevertheless open new possibilities for the development of smart products and tools.

It is possible through the digital printing of textiles to produce products that are more sustainable from the ecological point of view. Products can be printed for a customer’s individual needs or possibly in industrial production directly into patterns for the clothing, leading to savings in natural resources and materials (Paju 2017, 4). These technologies also enable users to participate in the design of the product itself – for example, by printing their own ideas onto fabrics or wallpaper. Of the new technologies, 3D printing is rapidly becoming a part of everyday life, as is mentioned in a report Technological Change 2013–2016 (2016, 11) compiled by Risto Linturi for the Parliamentary Committee for the Future: “3D printing of goods continues its nearly 100% annual market growth, and the equipment technology is developing at an accelerated rate.” With faster printers, 3D printing is already used in commercial standard products directed at the public at large. For example, Adidas can print inner soles of running shoes according to the individual needs of the customer (Techcrunch 2017).

Linturi’s report (2016, 13) also points out how the Internet of Things (IoT) will modify our environment, constantly making it smarter by increasing interaction between devices and users and among devices. The number of smart devices is expected to double in the next five years at a time when the Internet of Things becomes an everyday phenomenon. Sensors, which can be used to collect increasing amounts of increasingly versatile information are decreasing in size and cost so much that it will be possible to easily place them in the environment and even inside a human body. In addition to sensors and probes many devices that activate and guide activities have developed. The development of biosensors will make it possible in the future to collect information on bodily functions and on the onset of diseases or abnormalities. It is very likely that already in 2020 many patients will be able to reliably identify illnesses or states of illness at home (ibid. 30–33). Another current issue from the point of view of the development of HAMK’s smart applications is how it has become possible to print sensors and electronics on flexible materials such as textiles or paper using ink jet technology. Many graphene-based sensors are also becoming very inexpensive. Their features include extreme strength, flexibility, thinness, transparency, with good electrical conductivity.

Especially interesting from the development of HAMK’s smart know-how are the experiments implemented using various low-threshold inexpensive materials. Examples of this include a paper skin developed in Saudi Arabia which is capable of sensing and transmitting sensations of pressure, dampness, proximity, and temperature. The paper skin experiment has been implemented by using everyday materials that are available everywhere, such as paper, aluminium foil, and sponges. (Hsu 2016.) Corresponding “low tech” material experiments can also be seen in the Smart Textiles Show Room at the University of Borås. Examples include an instrument table cloth with printed drums or piano keys on which music could be played.

New types of digital solutions especially benefit elderly people and special groups by using sensor technology that senses activity as well as the Internet of Things (IoT). Applications of this can include a walker that locates smart sensor networks or a radar band that makes it easier for a blind person to move around. The HAMK research group MATEC (for multisensory and assistive technology) has successfully developed accessibility of services collectively for special groups through the utilisation of mobile technology. A research network has been created within the network among universities and among units applying technology and multisensory approaches for special groups in Sweden, Norway Denmark, and Estonia. Smart clothing concepts have been developed to some extent in design studies specifically with the MATEC group (Saarela 2017). In services for the elderly users, research on devices used in remote rehabilitation is under way in Master’s theses at HAMK. The KÄKÄTE project for technology that is handy for the user was a joint effort of the Union for Senior Services, Valli and the Finnish Association for the Welfare of Older People. KÄKÄTE was carried out in 2010–2015. In the final report of the project smart technology in welfare services for the elderly have been defined primarily as communications. Viirkorpi does not see simple accessories as technology. The intelligence of technology means, among other things, that a device is capable of communicating in a communications network and to operate as part of a broader system and to communicate with its users. It is capable of receiving and analysing information about its user and to guide and alter its own actions or those of its user on the basis of the received information. (Viirkorpi 2015, 5.)

However, not all future visions that have been described in the abovementioned report by Linturi, Kuusi, and Ahlqvist (2013) have been carried out in the way that had been expected. For example, Linturi is taking away the next stage “robot tailors” that would produce clothing according to a 3D scanned human body. However, 3D modelling of many kinds is very prominent in the future of the fashion industry. One example of this is ATACAC, a company in Gothenburg which has consistently applied methods of visualisation used in the game industry and 3D animation in the design and marketing of clothing. The company utilises 3D modelling in different phases of production and in the presentation of clothing to consumers already before an actual product even exists. Three-dimensional, mobile virtual modelling gives a realistic picture of a product, and it can be ordered in advance from the manufacturer. The price of production is based on advance orders. This makes it possible to avoid clearance sales of stock, which is harmful in the pricing of the clothing industry, and the company gets a better profit margin. At the same time the consumer’s personal preferences and measurements can be better taken into consideration. Realistic modelling also enables short delivery times and nearby production. The founders of the company in question are designer Rickard Lindqvist and programmer, digital designer Jimmy Herdberg. Equivalent knowledge and skills, understanding, and cooperation should be made possible already in training. On the other hand, some of the traditional designers’ skills and knowledge, such as trend analysis, will be replaced by artificial intelligence, which is capable of filtering out the desired colour and fashion trends from a large amount of information and the creative capacity that is thus freed can be used for other types of innovation.

Lotta Jurica (2018), design director of Adidas tennis attire, explained the importance of game modelling in the activities of a big global brand at a 3D technology seminar at Aalto University. Software that enables quick and easy 3D modelling, frees up time for creative work, boosts the efficiency of the production process, and gets consumers to gain inspiration from the products. She encouraged listeners to creatively and open-mindedly mix modelling software that had already been learned with methods from the world of computer gaming, and clothing manufacture techniques already while studying.

Design brings to the culture of digital development a human-centred culture or design thinking. Design thinking raises Emotional Intelligence to a level that is on a par with Artificial Intelligence, creating a new kind of intelligence for the field. Values connected with sustainable development – health, a clean environment, social justice, nutrition, and carbon footprint concerns, get much attention. Digitalisation includes the possibility for genuine change, so that increasing numbers of new products are immaterial, decrease the carbon footprint from the product’s manufacture or transport, or equivalently help consumers in the evaluation of the burden placed on the environment. Digitalisation also includes the notion of Design for All – allowing accessibility for all target groups and through that, improving the quality of life.

This article was originally published as Smart – älykästä muotoilua in May 2018. 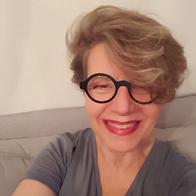 Pirjo Seddiki (Doctor of Arts) is Principal Lecturer in HAMK Design Degree Program and Master Degree in Culture and Art Activity and Wellbeing. 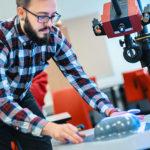 Innovation in 3D printing for consumers 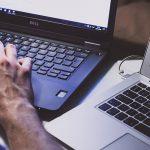 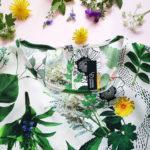