Our climate is changing, and we have the strongest influence on it. The climate crisis is forcing us to change our way of acting, and the circular economy is seen as one answer to this. Work against climate change requires major international decisions and agreements as well as political will and guidance.The Paris Agreement 2015, which sets the goal of holding the increase in the global average temperature well below 2 degrees above pre-industrial levels, is one of the biggest global acts that have been made. The Agreement obligates its signatories to pursue efforts to limit the temperature increase to 1.5 degrees, and almost all the countries in the world are committed to complying with the Agreement.

However, it has become evident that the measures at the national level are insufficient. According to the experts, the special Report by IPCC from October 2018 gives us a clear message that global climate policy needs to be more ambitious in order to achieve our targets (Ministry of the Environment, 2018).

Pursuing towards a carbon-neutral society, we need changes in all sectors, especially in the energy sector, which is the largest source of emissions, accounting for 42% of the global total in 2016 (IEA, 2018). The main reason for the emissions of the energy sector is the major use of fossil fuels globally (Figure 1). Thus, one possible action to reduce the man-made climate load would be to replace fossil-based energy production with the use of bio-based energy. Finland has taken a “catch” here and is seeking to become a pioneer in bioeconomy, including bioenergy development. Whether the use of bioenergy is a threat or an opportunity for Finland depends a lot on whether bioenergy is produced in a sustainable way. It is also evident that using bio-based energy has its own risks, and that is why the use of bio-based resources should be evaluated critically.

Compared to other Nordics countries, such as Sweden, Denmark and Norway, we have similar targets regarding the future use of renewable energy. Every country has its own strengths. In Finland, we have great potential to increase bio-based energy production, especially the share of wood-based energy. It is important to be aware of our own strengths, but international comparisons and cooperation are also vital in order to achieve global goals.

Finland holds the EU chairman position, which started last July. The position gives us a chance to show our total potential in the fight against the climate crisis and great opportunities to make better decisions. Like the other Nordic countries, Finland has also agreed on common climate actions from 2019 and is committed to close cooperation between all parties (Finnish Government, 2019).

One of the common climate goals in the Nordic countries and the EU is the aspiration to become a carbon-neutral society by 2050. To achieve this common goal, Finland has set several national regulations, one of the main ones being to increase the share of renewables in energy production. Therefore, the strategy states that the share of renewable energy in final energy consumption should be over 50% by 2020. Other goals outlined in the strategy are to reduce the energy consumption of imported oil by half by 2020 and to stop using coal in energy production by 2029. Finland’s strategy also sets a target for increasing energy self-sufficiency in energy production, and its share should be 55% by 2020 (Ministry of Economic Affairs and Employment of Finland, 2017, pp. 13, 30–34).

According to the goals set by the EU, 38% of Finland’s final energy consumption should be produced using renewable energy sources. This goal was first reached already in 2014, and therefore it was decided to set a new target of 50%. Finland’s climate strategy has presented some ways in which Finland seeks to achieve its goals. One of these is to increase bioenergy production, which is the most typical form of renewable energy in Finland.

Climate targets in other countries

Europe and the Nordic countries are known for their ambition to fight against climate change. For example, Sweden is one of the top countries in this fight, and it has stricter goals than the rest of Europe. To comply with the Paris Agreement, countries have made their own national strategies and actions to slow climate change. But the fact that the EU is the third largest producer of greenhouse gases, right after China and the USA, is forcing the EU to set even more ambitious goals than before (European Parliament, 2018). One step is reducing greenhouse gas emissions by 80–95% from the 1990 level and doubling electricity production, of which 80% should come from renewables and 25% from nuclear power (European Commission, n.d.).

However, reducing emissions worldwide is not enough to keep global warming below 1.5 degrees. In addition to emission reductions, carbon capture and storage (CCS) can be one solution. For example, Norway and the UK are planning to expand the usage of CCS. In the UK’s energy policy, all new power plants must have CCS, and they are planning a CCS project that would start operating in 2020. In this project, one possible by-product could be hydrogen, which will generate energy while storing the carbon dioxide which could be used for example in heating people’s house (CCSa, n.d.).

China is the largest producer of greenhouse gases in the world, so its actions have a crucial impact on the global situation (European Parliament, 2018). The Chinese government has made its own national strategy and supported the Paris Agreement by strengthening its domestic targets. Increasing the share of non-fossil energy by 20% by 2030 is one of the goals. China is also investing a lot in clean technology and has reduced its emissions, for instance by cutting the use of coal in energy production (Brookings, 2018). China is not the only country trying to get rid of coal. For example, Germany has agreed to stop using coal by 2038 by moving away from fossil fuels (The Guardian, n.d.). As mentioned earlier, Finland is even more ambitious. Last year the Finnish government decided that the use of coal will be prohibited by 2029 (Ministry of Economic Affairs and Employment, 2018).

Political debate in Finland during 2019 has been dominated by carbon issues: when should our country be carbon-neutral, from which date carbon negative, how much does it cost, and what are the ways to achieve the goals?

One good example of how difficult it is to make the political decisions and efforts towards a carbon-neutral society are the plans for the Kainuu bioproduct mill and Terrafame´s battery chemicals production at Talvivaara. A common attitude toward the Kainuu bioproduct mill depends a lot on whether bioenergy is produced in a sustainable way. Terrafame’s mining is promoting electric car production, which has become worth pursuing even if uranium recovery is not seen as environmentally sustainable. Just a few years ago, the situation was the opposite: bioenergy was worth pursuing, and Talvivaara was in an environmental crisis and there was a desire to close it.

It is our duty to turn our eyes from problems to solutions and act before it is too late. The environment is a part of a wider entity and the goals must be balanced with economic, social and environmental sustainability. Otherwise the solutions and actions will not work the right way. World is not ready yet. 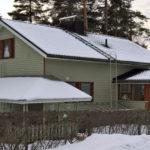 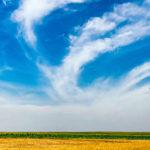 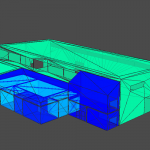