14.08.2018
Kuuntele - Listen
This article is based on the results of the action research at Nazarbayev Intellectual School (NIS) in Pavlodar. Nazarbayev Intellectual schools are autonomous educational organizations across Kazakhstan. There are twenty Nazarbayev Intellectual Schools in different cities of Kazakhstan. These schools are designed to become an experimental site that develops, monitors, studies, analyzes, approves and implements modern models of educational programs. Subjects in NIS aim to develop skills that will be useful for students later in their life. Students learn how to complete projects, how to search for and evaluate reliable information and how to solve different problems. School subjects cover complex topics and many teachers experience that they often have to deliver a lot of information within one lesson. Thus, many educational innovations are introduced at NIS system. Conceptual learning strategy received a very positive resonance among the secondary teachers of NIS. The goal of this article is to present findings of the action research conducted on conceptual learning in Global Perspectives class. This new subject was introduced in all NIS’s and it aims to develop students’ higher order thinking skills and bring those skills into the “real world”. In this study, I wanted to know how teachers themselves experience conceptual learning since teachers should understand the impact of the approach first before they implement it in the practice.

Conceptual learning was first defined by cognitive psychologist Jerome Bruner and it immediately became one of the core strategies in teaching and learning. Many educators recognize conceptual teaching, as well as conceptual learning, to have many benefits for students in terms of developing their perception of the subject topics. According to Schill and Howell (2011, 40), putting the learning process in the “big picture” allows students to understand the topics “at a much deeper level”.

But what is concept-based teaching and what are its benefits? Erickson (2008, 7) says that concept-based instructions deepen understanding of knowledge and help students to structure their learning. Thus, when the students are taught to interconnect independent, large concepts, they will develop critical thinking skills, which are crucial while finding relevant solutions to the present global issues (Erickson 2008, 8). According to the International Baccalaureate Organization, conceptual learning provides more opportunities than other teaching methods and approaches to integrate subjects and make links between different topics. Moreover, students learn to evaluate perspectives and generalize opinions. The conceptual approach increases thinking at high levels of Bloom’s taxonomy. (Erickson 2012, 76.) Higher order thinking involves the transformation of information and ideas. This transformation occurs when learners combine facts and ideas, and synthesize, generalize, explain, hypothesize or arrive at a conclusion, generalization or interpretation. (The Revised Bloom’s Taxonomy 2001.)

Nowadays, education is getting more competitive and demanding for young people than it used to be. The challenges that the world faces today, for example, unemployment and urbanization, require globally-minded solutions. Students are expected to think globally and to solve various problems integrating many approaches and subjects. Brady (2004, 276) states that modern school unfortunately requires students “to view the reality as composed of fragmented and unrelated bits of information”. Moreover, he observes that one of the most important skills children acquire in the classroom is organizing and integrating of what they learn in order to see the “big picture” (Brady 2008, 65). Conceptual framework is the foundation upon which a general education curriculum can be built. According to Brady (2004), this way of instructions brings many benefits to the students. Furthermore, it could raise their consciousness about what they are taught and what they will know. When students reflect on how they learn, they become better learners as they develop their metacognition.

McCoy and Ketterlin-Geller (2004, 88) studied the problem connected with difficulties of studying facts in the classroom without understanding larger concepts. The researchers concluded that the concept-based approaches helped students to raise their performance. McCoy and Ketterlin-Geller (2004) used a model that consisted of three parts: 1) determination of the concept by a teacher, 2) development of a graphic organizer, which is a type of a mind map used to demonstrate connection between facts, concepts or ideas, 3) the use of students’ own examples to develop their critical thinking skills. As a result, the authors proved that using the concept-based model during the lessons helped the students to integrate the diversity of facts but also to understand the topic from many perspectives.

Many examples of studies (Erickson 2007, Tomlinson 1995) proved the effectiveness of the conceptual model in the classroom as a tool to develop students’ metacognition, critical thinking and better performance. However, there is an extremely limited amount of research on conceptual learning in a context of developing countries. The implementation of concept-based learning in Asia, which is culturally a different context, provides another valuable opportunity for exploring the possibilities conceptual learning assumes to endorse for the learners. Also, there are little examples how concept-based teaching affects students’ research skills within subjects where project work is undertaken.

This study aimed to explore and address the following questions: a) how students’ research skills are influenced by conceptual teaching, and b) how teachers perceive the impact of concept-based teaching on students’ performance.

The study used various sources and methods for collecting and analyzing data. However, it heavily relies on the results of the semi-structured interviews that were conducted with teachers and students. Maximal variation purposeful sampling included Global Perspectives, History teachers and two groups of Year 11, each group having twelve students. Apart from the research intervention, each group had the same curriculum, same number of Global Perspectives lessons per week and same teachers. In order to identify the problems students had in researching topics, student mini-projects of the first term were analyzed for how they develop facts and ideas. The findings showed that students were struggling with revealing the topic of their mini-projects, analyzing it from more than one perspective, and generalizing the ideas. Using the action research model outlined in Ary et al. (2014), a repeatable cycle of four steps was introduced: Reflect, Plan, Act, Observe. The initial reflection step in this study included the recognition of problems with students’ research skills in studying global issues. It was decided to structure lessons using concept-based approach, incorporating different techniques and methods. The main idea of using concepts was not to replace content but to bring purpose to the content students were exploring (Global Perspectives and Project Work Teachers Guide 2017). In the framework of the course, the students explored such concepts as diversity, change, evolution, conflict, etc. To develop understanding of the concepts, the teacher used inductive or deductive approaches where the students investigated more sources and facts to come up with the concept. Classroom observations through taking field notes was used to document the participants’ experiences when they were given concept-based instructions. In addition, the participants were asked to share their perceptions and opinions regarding conceptual learning. After four weeks of the first research cycle, it was observed that the content of the students’ projects was improved by using more facts and perspectives. The students were able to generalize their findings into quality conclusions. On reflection, it was decided to continue the study but repeat the first methods and techniques in a larger task for the students, namely their term paper which is a project. This reflection was the first step of the second cycle of the action research.

Results of the study

The findings of the study showed that a large majority of students and teachers liked to learn within conceptual framework of the lesson. They mentioned that they could structure the topics and make connections between them; moreover, it helped them to prepare for assessment as understanding of an important concept maintained the perception of the issue in a larger scale. For example, while exploring the concept ‘process’, the students researched the problem of migration in the world or the emigration of skilled citizens from Kazakhstan. Also, discussing the question about the influence of trilingual education on academic performance, students came up with the concept ‘change’ by looking for statistics and investigating official documents.

The students mentioned that one of the most effective ways to develop their research skills was to explore concepts and topics through as many different contexts as it was relevant, for example, seven lenses. One participant said that global issues they discussed were challenging and it was difficult for them to study them. However, using different concepts/ themes helped the students to find out alternative perspectives, explore the topic more deeply and develop their research skills. The seven concepts they used were culture, economics, science, technology, environment, politics and ethics (Figure 1).

The students searched information by using graphic organizers as a strategy for concept learning (Figure 2). The students were given the key concept of the lesson. They looked for related facts and provided examples and sources.

Another activity was to construct a concept map of a target problem, for example, the effect of genetically modified organisms. Students studied the origin of modified food, provided examples of experiments, and presented its effect on people’s health. The participants said that such activities require from them to demonstrate higher order thinking, reflection, generalization and research skills. The most significant remark was that studying ‘big ideas’ helped students to differentiate concepts from subject-specific content.

Thus, findings from the interviews together with observations showed that concept-based teaching has many benefits, not only for the students’ performance but also for the development of their research skills. The students learned:

The findings of the study showed that a large majority (65 out of 70) of the students developed further their research skills. Concept-based instructions increased students’ critical thinking and influenced students’ perception of a topic. Following Erickson (2008, 8), the students explored and understood global issues deeper; moreover, considering topics in a larger context, helped the students to structure their learning and knowledge. The findings showed that conceptual learning helped students to link different subjects as they were able to integrate topics and problems. Rusman (2010, 189) also indicated that concept-based instruction is a good way to connect subjects. The students’ performance increased because they could produce integrated mini-projects, they demonstrated deep knowledge of the topic and managed to provide well-studied answers and arguments.

Throughout the research, the findings show that the students of grade 11 developed their research skills when they were taught using the concept-based approach. Students perceived concept-based teaching as a good way to improve their performance and higher order thinking. 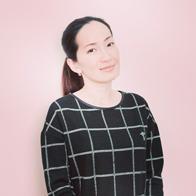 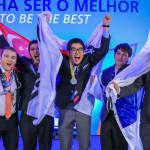 Analysis of Finnish Skills Competition and Inspirations to China 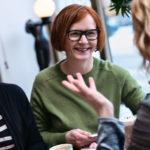 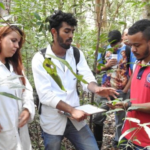